Policy compromises have become increasingly contested. A case-in-point is the stale mate in the recent Dutch coalition formation where the ‘right block’ of the conserva tive liberals (VVD) and the christian democrats (CDA) do not want to bargain with the ‘left block’ of the social democrats (PvdA) and the greens (GroenLinks). Whilst key for vital democracies, political compromises present politicians with a double edge sword: Citizens support the democratic ideals of compromise, yet often oppose the concrete compromises on political issues. Moreover, recent increases in polar ization, electoral fragmentation, as well as a ever more dispersed media landscape has brought a permanent campaigning stage: Politicians make more promises and use more persuasive, as well as negative and uncivil, rhetoric on a daily basis. The usage of such language seems to imperil accepting compromise. We therefore investi gate the role of such campaign rhetoric on people’s willingness to accept compromises.

In this project, we address this challenge using Virtual Reality (VR). In particular, we aim to develop a VR application in which participants are confronted with Intel ligent Virtual Agents (IVAs) that act as politicians in a campaign. Using modern AI algorithms, these IVAs will be able to engage in dialogues with users using different rhetorics. From a Political Communication Science perspective, this will allow us to experimentally establish when negative and uncivil rhetoric affect people’s willingness to accept compromises (RQ1) in a controlled environment. From an AI perspective, this will enable us to develop novel algorithms to endow IVAs with more intelligent behaviour, in particular with the ability to adopt different rhetorics (RQ2). The project will build upon a 2019 NIAA project (entitled In touch with VR) aiming to develop IVAs that produce the feeling of social co-presence. Specific AI techniques that will be used are dialog management and natural language processing. 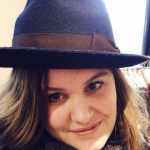